The outcome of the review, which happens every five years and is Singapore's third, was adopted on Friday. 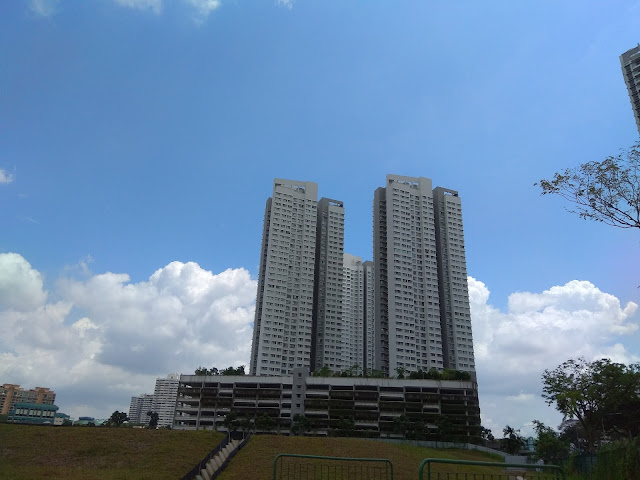 Following the nation's UPR session on May 12, 2021, the inter-ministry committee on human rights has reviewed the 324 recommendations received, the Ministry of Foreign Affairs said in a statement on Friday.

"Singapore has supported the majority of recommendations consistent with our ongoing efforts to ensure that Singapore continues to be an inclusive, cohesive, and resilient society, taking into account the appropriateness of these recommendations to our national context," said the ministry.

In delivering Singapore's national statement at the adoption of the UPR outcome, Mr Bhatia said that for the recommendations that were noted, "Singapore already has legislation and policies that address their underlying objectives in ways that best suit our unique social and cultural context".

"For example, the principle of equality of all persons before the law is already enshrined in the Singapore Constitution. We have laws and policies to protect our people from discrimination."

"We will continue to review and improve on our approach. For instance, the Government will study the views raised during the Conversations on Singapore Women’s Development, a national conversation series to gather feedback from Singaporeans on issues concerning women."

Concrete proposals will be presented in a White Paper in Parliament in 2022, he added.

Recommendations "predicated on unfounded assertions, inaccurate assumptions, or erroneous information" were not supported, added Mr Bhatia, who said Singapore "cannot implement recommendations which are not appropriate in our national context".

"Looking ahead ... Singapore will continue to review our policies to ensure that they are fit for purpose. The context may change, and our challenges may evolve, but our objective of achieving better outcomes for our people will remain constant."

After pausing to hear from other UN member states and civil society, Mr Bhatia then addressed several issues brought up in the discussion.

On the topic of the death penalty, Mr Bhatia said that it is not prohibited by international law.

"There is no international consensus against the use of the death penalty when applied according to the due process of law and judicial safeguards," he said.

"Every state has the sovereign right to determine the laws most suitable for its national circumstances within the context of its legal system and in accordance with its international obligations."

He added that in Singapore, the death penalty is reserved "only for the most serious crimes" such as murder, drug trafficking and the use of firearms.

"It has, in our experience, been an effective deterrent against such offences. But we regularly review our criminal justice system to ensure its effectiveness and relevance in keeping Singapore safe and secure."

On freedom of assembly and the treatment of human rights defenders, Mr Bhatia said that the right to freedom of speech and expression is "guaranteed under the Singapore Constitution", but that "consistent with international human rights law, this right is not absolute".

He added: "The law regulating public assemblies and processions in Singapore is the Public Order Act. Its provisions ensure adequate space for an individual's rights of peaceful assembly and expression while preserving public order.

"A police permit is required for cause-based public assemblies or processions so that the authorities can assess the public order risks."

In his response to member states on lesbian, gay, bisexual and transgender (LGBT) issues in Singapore, Mr Bhatia said that while Section 377A of the Penal Code - which criminalises sexual acts between men - remains in the laws, "the Government has stated clearly that it is not enforced".

"In the context of Singapore, where attitudes towards homosexuality are still evolving and various communities hold different views, any move on this issue must be made carefully and sensitively, taking into consideration the sentiments of all communities."

He added that violence against and abuse, discrimination or harassment of any person "for any reason" is not condoned, and that "the law protects LGBT individuals the same as everyone else".

Mr Bhatia said that the Government does not support the registration of organisations "which advocate on sensitive issues in a socially divisive manner", including LGBT issues.

"This position is applied equally to all applications, regardless of whether the organisation is advocating for or against the LGBT cause," he said.

Mr Bhatia also responded to the topic of the proposed law against foreign interference brought up by members of civil society.

The Foreign Interference (Countermeasures) Bill (FICB) was introduced in Parliament on Sep 13. It is aimed at preventing, detecting and disrupting the use of hostile information campaigns by foreign entities intending to interfere in domestic politics.

It will be debated at the next Parliament sitting on Monday. The Workers’ Party has expressed disagreement with the current form of the Bill, citing the need for greater clarity and transparency.

"The Singapore Government does not intend to use the powers under the FICB against foreign individuals, publications, NGOs and academics engaged in legitimate commentary, news reporting, civil activities or academic research that are open, transparent and with attributed comments about Singapore that are not part of a hostile information campaign," said Mr Bhatia.

He added that they may do so "even if their views are critical of Singapore or the Government".

"It is not the Singapore Government’s intent to prevent all forms of foreign influence; only those attempts at manipulation. Our concern lies with the use of coordinated, deceptive methods by hostile foreign actors to manipulate our political discourse and disrupt our society."

Responding to member states' feedback on the right to conscientious objection to military service, Mr Bhatia said that Singapore has "no choice but to rely on conscription", given its national contexts.

"This system is only viable if equally, every male Singapore citizen and second generation permanent resident, regardless of race or religion, fulfils their obligations to defend our country."

He added that the right to freedom of religion is constitutionally protected in Singapore.

"However, this is not an absolute right under international law. In this context, Singapore does not recognise the universal applicability of the right to conscientious objection to military service."

"We actively review Singapore’s ability to ratify additional human rights treaties and to ensure the full and effective implementation of our treaty obligations," he said.

In his speech, Mr Bhatia said that Singapore's unique context and history have necessitated a "practical and outcomes-based approach" to implement its human rights obligations.

"This approach is based on two fundamental principles. First, human rights do not exist in a vacuum and must take into account a country’s specific cultural, social, economic, and historical contexts. Second, the rule of law is a cornerstone for the promotion and protection of human rights."

Singapore has continued to apply these principles amid the COVID-19 pandemic, he said.

"We took swift measures to protect our population, especially the most vulnerable. We implemented financial assistance schemes to support lower to middle-income households, ensured that social services and legal recourse remained available for victims of family violence, and actively tested our elderly.

"We also cared for our migrant workers just as Singaporeans are cared for. We made sure that they received medical care, stayed in touch with their families, and could return to work as soon as possible."

Mr Bhatia said that misinformation was a "major challenge" during the pandemic, adding that the Government has "taken an approach of complete transparency" by providing accurate, up-to-date information through multiple reliable channels.

"The Protection from Online Falsehoods and Manipulation Act allowed us to apply corrections on falsehoods on the pandemic that affected public interest. As the original content remains up alongside the facts, people can assess both and decide for themselves which is better," he said.

"COVID-19 is an ongoing battle and countries will continue to have to calibrate their responses. Like many other countries, Singapore is still learning to navigate the volatile post-pandemic world.

"But through our human-centric approach, we hope to build the necessary social capital and resilience to progress on the road to recovery."