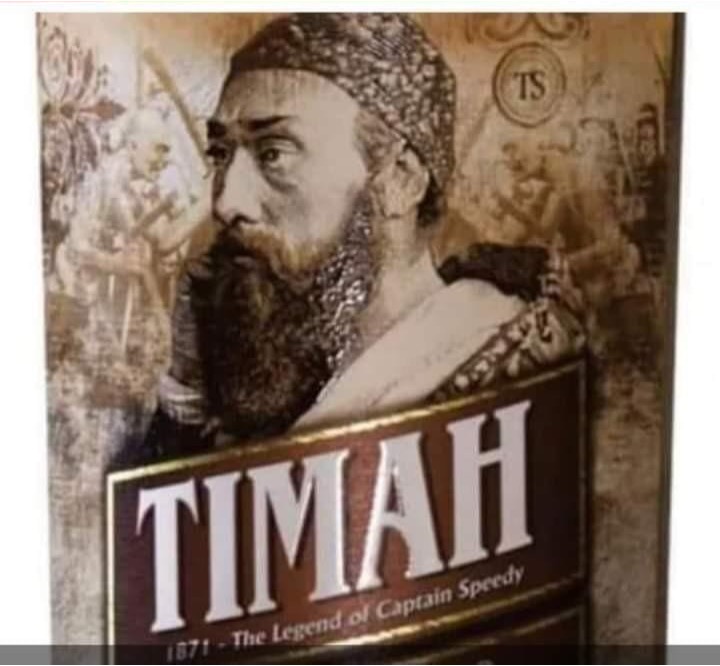 WITH the Timah whiskey controversy riling up the right-wing movements in Malaysia, a lawyer-activist told the latter of how the Arab world itself has its own popular alcoholic beverage.
According to Siti Kasim, Haddad Distilleries of Jordan is selling their own alcoholic beverage called Abu Nuwas Arak.
“The name denotes Abu Nuwas, a weird drunk poet who lived during the time of the Abbasid Caliphate. He was born in Iran, in 756, but died in Iraq, in 814. He lived during the reign of Caliph Harun Al Rashid and was even mentioned in the popular Arabic tale, One Thousand and One Nights.
“The man was also said to be a hafiz (those who memorised the al-Quran),” she said in a Facebook post.

Recently, the award-winning local liquor brand Timah got embroiled in a controversy after several groups called it being disrespectful to the Malays and Muslims.
Majlis Perundingan Pertubuhan Islam Malaysia (MAPIM) president Mohd Azmi Abdul Hamid said that using the name Timah for a whiskey brand was insulting Muslims, claiming Timah was short for Fatimah, who was Prophet Muhammad’s daughter.
He also argued that the image of the bearded man on the bottle resembled a Muslim man in a kopiah.
“More insolent is the liquor’s advertisement uses the image of a man in kopiah with a long beard as if showing the someone with Muslim image is promoting liquor,” Azmi was reported saying.
Surprisingly, even the Consumer Association of Penang (CAP) took offence to the whiskey brand, claiming it was insulting to Muslims.
“Apart from the alcohol content, CAP does not understand how the ministry could approve the name and image (of the product) which can cause anger,” its education officer NV Subbarow added.
However, the company shot back at its critics by saying that the man featured on the bottle was not a Muslim man but a British officer named Tristram Charles Sawyer Speedy, or more popularly known as Captain Speedy.
Arab man’s face on Abu Nuwas Arak
Speedy served in British Malaya from 1861 to 1874 as an administrator to restore order during the Larut wars in Perak. He was also credited of bringing the whiskey culture in the local tin mining sector back then.
“And the word Timah is a local word meaning tin. The name ‘Timah Whiskey’ harks back to the tin mining era during British Malaya. Any interpretation of our name unrelated to Malaysian mining is false,” it mentioned.
On MAPIM’s argument that attributing the word Timah to a whiskey was offensive, Siti Kasim pointed out that the Abu Nawas liquor has Arabic script on it, complete with an Arab man’s face attached to the bottle.
“If our religious fellows read all these, they will tear off in rage their beards, the hairs from their armpits, pubic areas, nostrils and if they can reach for it, their anal hairs,” she added in jest. – Oct 19, 2021.
at 9:37 AM No comments:

Efforts to boost Japan’s low fertility rate will not solve near term labour shortages and other pressing burdens without embracing a new mindset, says a professor. 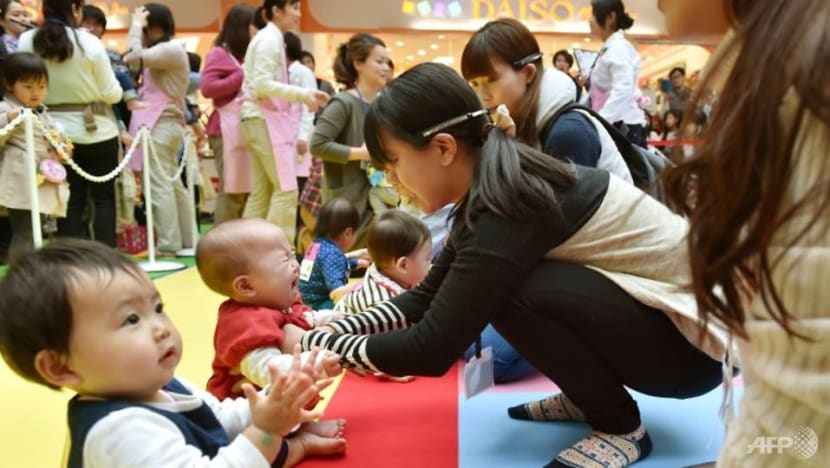 Rapidly-greying Japan has one of the world's lowest birth rates (Photo: AFP/KAZUHIRO NOGI)


TOKYO: Japan has been declared the world’s first super-aged society and a pioneer shrinking society, rapidly inverting the demographic pyramid upon which the modern state has been built.

Since 1989, when the low fertility rate of 1.57 became a major social concern, numbers have continued to trend downward. In June 2020, the Japanese government announced the preliminary results of the 2020 census, revealing that the number of births in that year was the lowest on record.
Read more »
at 2:33 PM No comments:

Covid Deaths in Singapore - First Half of October

Tang See Kit
15 Oct 2021
SINGAPORE: Singapore continues to study how it can expand its wealth tax system as the country re-examines its fiscal strategies in the face of key challenges such as inequality and climate change, said Finance Minister Lawrence Wong on Friday (Oct 15).

Speaking at the 35th Singapore Economic Roundtable organised by the Institute of Policy Studies, Mr Wong said Singapore has succeeded so far in running a prudent and effective fiscal policy.

He said the task at hand will only become harder with three key challenges - inequality, a rapidly ageing population and climate change - that will determine the trajectory of the country’s fiscal strategies.


[This is just the start of the news article as it does not have any proposals or suggestions as to how the tax system could be revised. Merely a speech on what Singapore is looking to do.]

WASHINGTON: The attorneys general of 14 US states sent a letter to Facebook's Mark Zuckerberg asking if the top disseminators of vaccine disinformation on the platform received special treatment from the company.

The line of inquiry was generated after Facebook whistleblower Frances Haugen used internal documents to disclose that the social media platform has built a system that exempts high-profile users from some or all of its rules.

In the letter, which was sent on Wednesday (Oct 13), the 14 Democratic attorneys general said they are "extremely concerned" with recent reports that Facebook maintained lists of members who have received special treatment, and want to know if the "Disinformation Dozen" were part of those lists.

The Center for Countering Digital Hate describes the "Disinformation Dozen" as 12 anti-vaxxers who are responsible for almost two-thirds of anti-vaccine content circulating on social media platforms.
Read more »
at 9:58 AM No comments:

Commentary: Why is Bitcoin appealing to many despite the risks and uncertainties?

Is Bitcoin worth investing in? And will it really confer gains on people now that it’s reached new highs? MIT economist Daron Acemoglu unpacks its upsides and risks.

CAMBRIDGE: With the price of Bitcoin reaching new highs, and El Salvador and Cuba deciding to accept it as legal tender, cryptocurrencies are here to stay.

What implications will this have for money and politics?

Money depends on trust. It is accepted in exchange for goods and services only because people can confidently assume that others will accept it in the future.

This is as true for the US dollar as it is for gold. To argue that cryptocurrencies like Bitcoin are merely a confidence game – or a speculative bubble, as many economists have emphasised – is to ignore their popularity.

And yet, cryptocurrencies lack the stable institutional foundations needed to bolster the public’s trust in them. Trust thus ebbs and flows, making them fragile and volatile, as Bitcoin’s wild gyrations have amply demonstrated.

Moreover, with Bitcoin and other cryptocurrencies that rely on “proof-of-work” mechanisms, transactions must be continuously verified and logged in a decentralised ledger (in this instance based on blockchain).

This requires millions of computers to operate continuously to update and verify transactions – work that is incentivised by the opportunity to be rewarded with newly minted Bitcoin.

The energy consumed in these “mining” operations now exceeds that of a medium-sized country like Malaysia or Sweden. Now that the world has awoken to the dangers of climate change (and to the paltriness of our response to it so far), this massive waste should make Bitcoin highly unattractive.
Read more »
at 1:01 PM No comments:

Separation of powers, rule of law fundamental principles but need to ‘look at what works’: Shanmugam

SINGAPORE — Singapore will not be where it is today if the People’s Action Party (PAP) Government did not uphold the fundamental principles of separation of powers and the rule of law, but it is necessary to “get out of this colonisation of our minds... (and) look at what works”, Home Affairs Minister K Shanmugam said.

Mr Shanmugam was responding on Monday (Oct 4) to the Workers’ Party (WP) as he wrapped up a marathon debate on the Foreign Interference (Countermeasures) Act, or Fica. The debate started around 12.30pm and ended almost 11 hours later.

In that time, Leader of the Opposition Pritam Singh and several fellow WP Members of Parliament (MPs) spoke at length on the opposition party’s key proposal: For judicial oversight of the new law.

Mr Shanmugam said that the PAP Government agrees with WP on the importance of the principles but it differs on where exceptions need to be made.
Read more »
at 10:56 AM No comments: