Hawkers say they have to raise prices to survive, as rising cost of ingredients hits hard

This additional cost for the ingredient, an essential in the making of the steamed rice flour cake dish, would come on top of others.

Speaking to CNA at her stall at Bendemeer Market and Food Centre on Wednesday, Ms Tan rattled off a list of ingredients that have become more expensive recently – cooking oil, sugar, garlic and onions.

SINGAPORE: Singapore’s core inflation rose to a 10-year high of 2.9 per cent year-on-year in March, up from 2.2 per cent in February, official data released on Monday (Apr 25) showed.

The last time core inflation was at 2.9 per cent year-on-year was in March 2012.

The increase was driven by higher inflation for food and services, the Monetary Authority of Singapore (MAS) and the Ministry of Trade and Industry (MTI) said in a joint release.
Read more »
at 7:45 PM No comments:

SINGAPORE: The Energy Market Authority (EMA) has issued a Request for Information in its bid to assess the geothermal energy potential across Singapore, as part of moves to decarbonise the power sector for a more sustainable energy future.

The Request for Information is to facilitate a geophysical investigation into possible approaches, methodologies and execution details in carrying out the geothermal potential assessment, said EMA in a press release on Wednesday (Apr 20).
Read more »
at 9:38 PM No comments:

Commentary: The 'Battle for Donbas' will be protracted and bloody

A reorganised Russian army, backed by loyal separatists, has begun its assault on Donbas in Ukraine. But an experienced Ukrainian defence, reinforced by supplies from the West, is ready to put up a dogged fight, says this military expert.
Frank Ledwidge
20 Apr 2022


PORTSMOUTH, England: There will be no peace deals, no ceasefires and no surrenders in Ukraine. The next two months will bring what United States defence officials have called “a knife fight” in the area that the Ukrainian army calls “The Joint Forces Operation”. We know this region better as Donbas.

For eight years, the two sides have fought there, with Russian regular army elements supplementing separatist units. Now, after Kyiv, Russian forces are redeploying there to take on Ukraine’s best and most experienced units.

The battles to come will resemble more the manoeuvre battles of World War II than those fought around the cities of Kyiv, Mariupol and Sumy in the seven weeks that the war has raged so far. Nonetheless, the Russians are unlikely to prevail.
Read more »
at 7:37 PM No comments:

SINGAPORE: A project to build polders at Pulau Tekong is more than halfway complete, and is set to finish by the end of 2024, Minister for National Development Desmond Lee said on Sunday (Apr 17).

Polders are tracts of land that lie below sea level and are reclaimed through the building of dykes, drainage canals and pumping stations. They will help to protect Singapore against rising sea levels brought about by climate change.
Read more »
at 11:29 PM No comments:

Due to its co-location with an existing power plant, the Jurong Island Desalination Plant can save about 5,000 megawatt hours per year, equivalent to the annual power needs of nearly 1,000 Housing and Development Board households.

The new facility, which has been operational since earlier this month, was officially opened by Deputy Prime Minister Heng Swee Keat and Minister for Sustainability and the Environment Grace Fu on Sunday.

The 3.7-hectare plant can produce up to 30 million gallons of fresh drinking water per day, equivalent to 55 Olympic-sized swimming pools of water or up to 7 per cent of Singapore’s daily water demand.
Read more »
at 10:32 PM No comments:

Commentary: With egg freezing, Singapore women aren’t forced to sacrifice career and self to become mothers

The ageing population and total fertility rate have long been topics of national discussion. With elective egg freezing set to be allowed, the Institute of Policy Studies’ Kalpana Vignehsa discusses what this means for Singapore women.
Kalpana Vignehsa

SINGAPORE: If things go as we hope, my family will soon welcome our much-awaited second child. Getting here hasn’t been smooth – obstetricians consider this a “geriatric pregnancy” due to my “advanced maternal age”.

Still, I count myself lucky. Last year, I had a heartbreaking miscarriage late in my first trimester, a few months before this pregnancy. Two close friends had stillbirths and others struggled through in-vitro fertilisation (IVF).
Read more »
at 10:47 PM No comments: 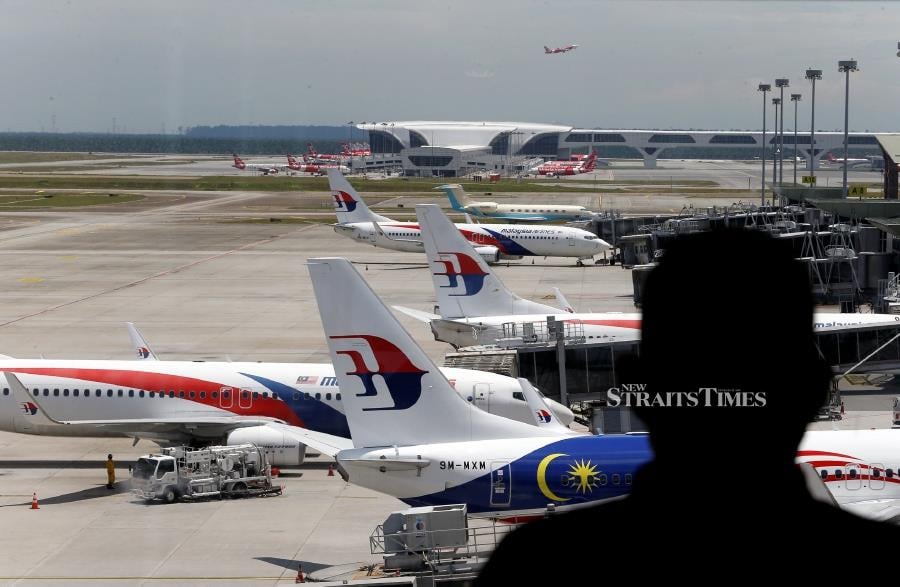 The incident last Sunday, involving Flight MH2664 to the Sabah coastal town, resulted in the flight turning back to the Kuala Lumpur International Airport (KLIA), after what the airline termed as having encountered ‘technical issues’ during inclement weather. -NSTP/HAIRUL ANUAR RAHIM


SEPANG: Several passengers 'floated' in their seats, as a Malaysia Airlines flight to Tawau suddenly "dove" 7,000ft.
Read more »
at 10:52 AM No comments:

The ineptitude displayed by the Russian military in its initial attempt to overrun Ukraine has astounded military professionals. The world’s second-most-powerful army has bungled almost every move since the first hours of the invasion. Now, seven weeks into a war that Russia as well as the West had expected would last only days, the Ukrainians have the momentum. They have forced the Russians to make a humiliating retreat from the north of the country and stalled or reversed Russian advances on most other fronts.

As Russia refocuses its energies on capturing Ukraine’s eastern region, the crucial question will be whether its military can redress the mistakes of the early assault. Here are nine of the most important mistakes identified by military experts.
Read more »
at 9:58 AM No comments:

An observation the actor made while living in Singapore. 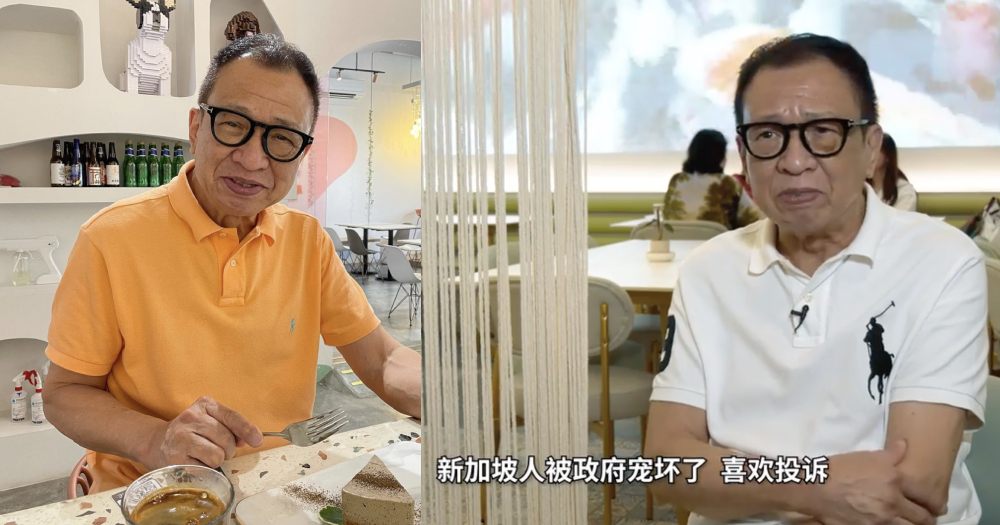 Complaining is a national hobby in Singapore, and even Hong Kong veteran actor Benz Hui agrees.


In a video interview with Lianhe Zaobao, the 73-year-old shared his observations of Singaporeans during his prolonged stay in Singapore due to the pandemic.

Singaporeans are complain kings and queens

Towards the end of the interview, he described himself as someone who speaks his mind, unlike some people who are afraid of doing so.

Without mincing his words, Hui candidly remarked, "Singaporeans have been spoilt by the government and like to complain."
Read more »
at 2:16 PM No comments:

‘Nobody will look after us’ if S’poreans can’t look after ourselves: Bilahari on Ukraine in 2014 COMMENTARY: In March 2014, former permanent secretary to the Ministry of Foreign Affairs, Bilahari Kausikan, published a commentary on lessons for Small States from Ukraine in The Straits Times.

He visited Ukraine in December 2013 and had the opportunity to observe the EuroMaidan demonstrations. After his visit, he reflected on how a country has fallen prey to Great Power politics and what this means for Singapore and Singaporeans.

The essay was written in the wake of Russia's invasion and subsequent annexation of Crimea in early 2014. It can be found in Bilahari’s 2017 “Singapore Is Not An Island: Views on Singapore Foreign Policy” book. Published by Straits Times Press, you can get a copy of his book here.

Bilahari Kausikan is chairman of the Middle East Institute at the National University of Singapore.
Read more »
at 11:38 PM No comments:

The coronavirus is still mutating. But will that matter? ‘We need to keep the respect for this virus.’

A drop in infections offers hope that the end of the pandemic is in sight. The virus may have something to say about that.

October 18, 2021
[Note the date. As we open up, we need to keep an eye on the ball, and be prepared to respond again, if necessary. But let's all hope for the best. There's an overseas vacation calling to me!]

Coronavirus infections are down across much of the United States. Hospitalizations, too. Deaths are finally dropping from their dismaying late-summer peak of more than 2,000 a day. Most people are vaccinated, and booster shots are gaining approval. Officials in the United States are hoping the worst of the pandemic is over.

But so much depends on the virus itself. It is not static. It mutates. Delta, the variant of SARS-CoV-2 now causing virtually all infections in the United States, is more than twice as transmissible as the virus that emerged in Wuhan, China. The possibility of further significant mutations in the virus looms like a giant asterisk over any discussion of the trajectory of the pandemic.

In recent weeks, scientists who closely monitor the virus have said it still appears to have plenty of room to evolve.
Read more »
at 4:51 AM No comments: 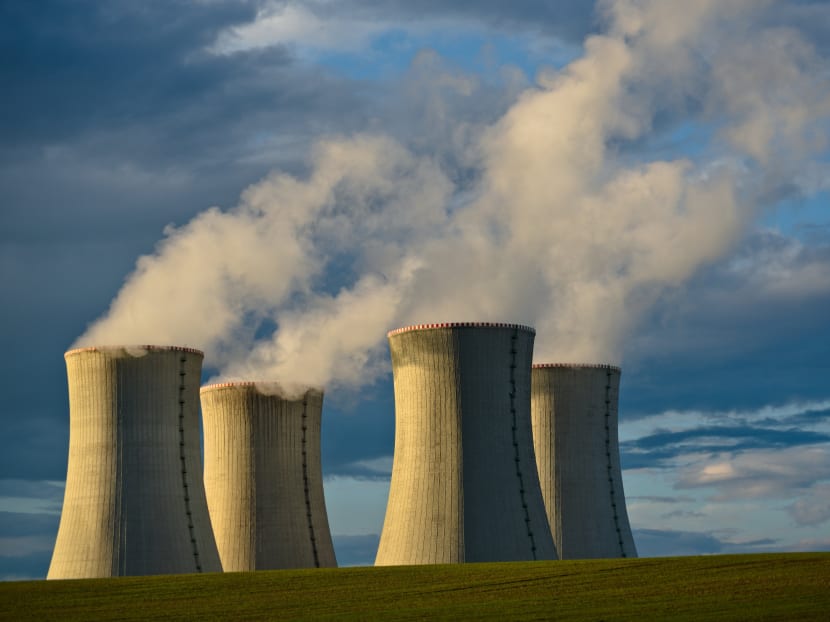 Deemed unsuitable due to safety and reliability concerns in a pre-feasibility study conducted in 2012 by the Ministry of Trade and Industry, the Energy 2050 committee projects that nuclear energy could supply about 10 percent of Singapore’s power needs by 2050 due to technological advancement.
Read more »
at 4:41 AM No comments: