All 4 used own money to make up shortfall; publicity expenses made up bulk of spending

He lost by a whisker to Dr Tony Tan Keng Yam in the presidential race, but Dr Tan Cheng Bock topped the list in both the money he spent on his campaign and the donations he received.

His expenses came up to $585,045.03. This works out to 44 per cent of the $1.32 million that all the four candidates spent, according to Elections Department records that are open for public inspection. But what he spent is more than the $524,620.38 he received from donors.

Of the more than $60,000 deficit, his campaign treasurer Joseph Oh, 38, said: 'Dr Tan paid for the shortfall out of his own pocket.'

[Analysis:
Eelctions in Singapore are cheap. Over 2 million voters and costs is just over a million. Here's the breakdown by Candidates. 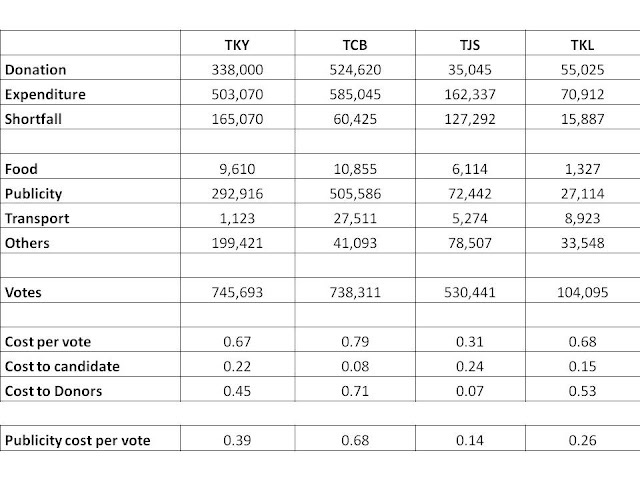