[From The Washington Post Daily 202 newsletter:]
"...the rise of the Mount Rushmore state — and several others — as a harbor for shielding global wealth is interesting inasmuch as America has always lectured smaller countries about the necessity of unimpeachable financial hygiene and transparency...

From Sioux Falls, S.D., my colleagues Debbie Cenziper, Will Fitzgibbon, and Salwan Georges reported on a seven-year-old financial firm called “Trident Trust” that enticed clientele with “The South Dakota Advantage” — essentially laws making it easier to hide who owns what and where.
“Among those who answered the call: a Colombian textile magnate caught in a scheme to launder the proceeds of an international drug ring, an orange juice mogul who settled with authorities in Brazil for allegedly colluding to underpay local farmers, and family members of the former president of a sugar producer in the Dominican Republic that has been accused of exploiting laborers and forcibly evicting families from their homes.”

Debbie, Will, and Salwan note:

“[A] burgeoning American trust industry is increasingly sheltering the assets of international millionaires and billionaires by promising levels of protection and secrecy that rival or surpass those offered in overseas tax havens. That shield, which is near-absolute, has insulated the industry from meaningful oversight and allowed it to forge new footholds in U.S. states.”

It’s not just South Dakota, of course, my colleagues reported:

“Other states competing to lure wealth include Alaska, Delaware, Nevada and New Hampshire. In South Dakota, assets in trusts more than quadrupled over the past decade to $360 billion. One of the largest trust companies in the state, the South Dakota Trust Company, boasts a roster of international clients from 54 countries.

The industry’s rapid expansion was led by a group of trust company insiders, who year after year pitched legislative proposals that were highly appealing to customers in the United States and abroad: protecting trusts from creditors, from taxing authorities, from foreign governments.

With little opposition, state legislators turned the proposals into laws — dozens since the late 1990s.”

The Pandora Papers helped identify “206 U.S.-based trusts holding combined assets worth more than $1 billion, including nearly 30 trusts that held assets linked to people or companies accused of fraud, bribery or human rights abuses in some of the world’s most vulnerable communities.” 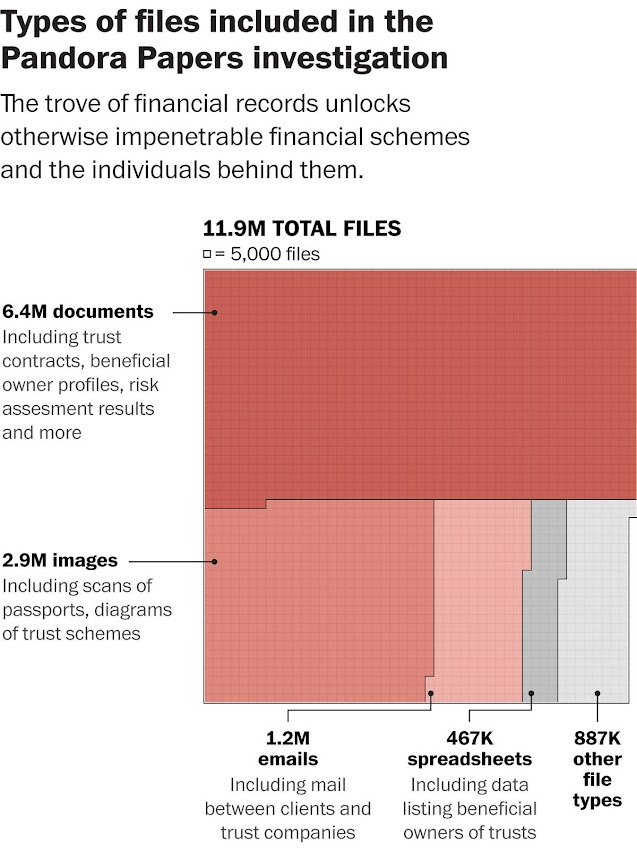