The following info were comments and links provide at PPRuNe forum, extracted for reference.

Make of the maps and markings as you like. I cannot explain the markings/legends.

The projected flight path (bold red line in first map) is estimated as the plane was tracked by military radar - Malaysia's and corroborated by Thailand (that such an object/plane was detected by radar). However Thailand claims the aircraft never intruded into Thai airspace, but a straight line from Igari Waypoint to Vampi would have cut into Thai airspace. If Thai statement is true, then the path would not be a straight line. 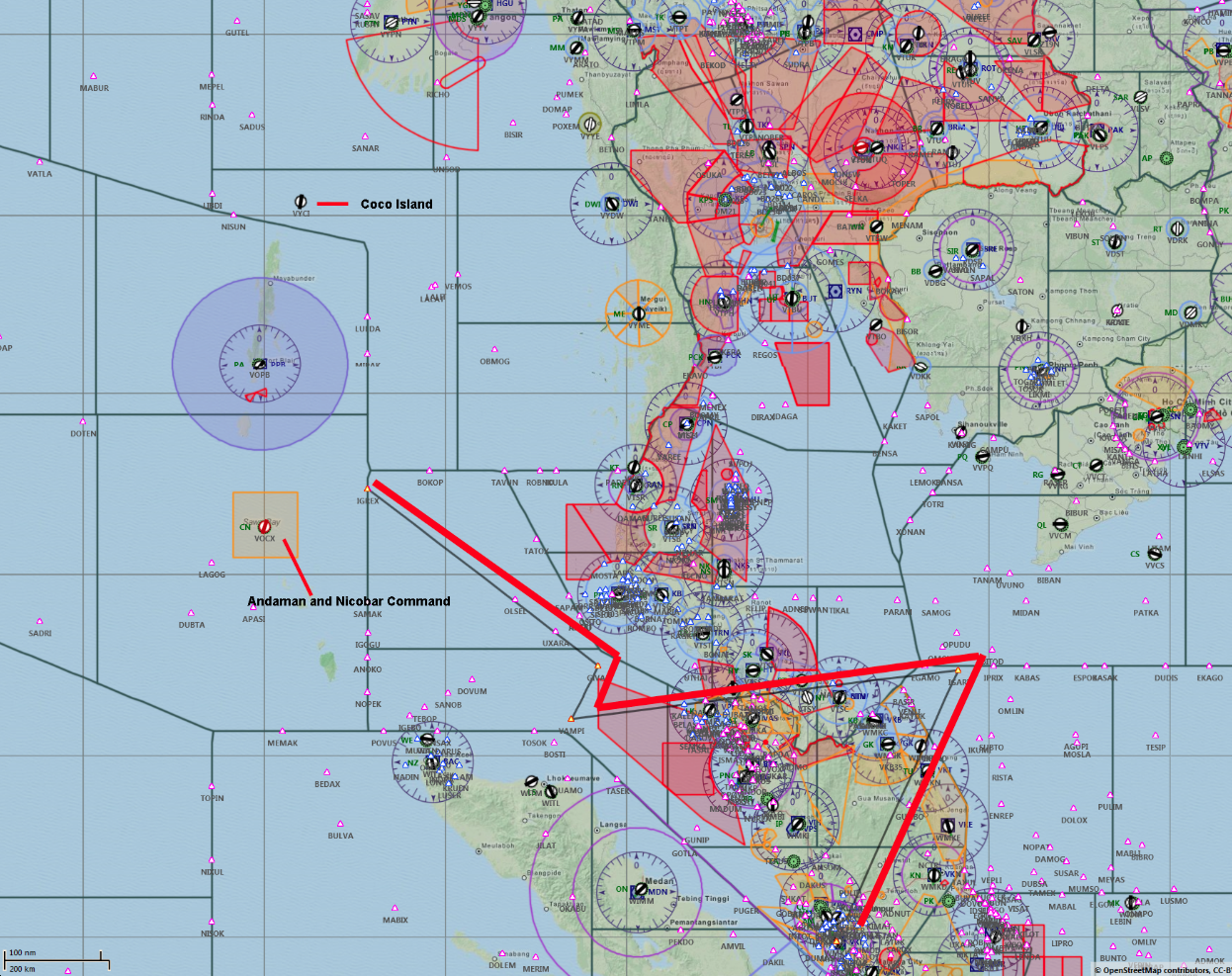 - 1:07 - ACARS last transmission (thru VHF) which apparently includes notation of a WP change having been entered into system since last scheduled report at 12:37


[Update: 23 Mar, official press briefing:
"Update on ACARS transmission
The last ACARS transmission, sent at 1.07am, showed nothing unusual. The 1.07am transmission showed a normal routing all the way to Beijing."
And the Malaysians reverse their statement yet again.]

*those way-points on map

(Note on map: the Thailand radar data indicates a straight path from IGARI to VAMPI is not possible ("plane never over Thiland,") so there are more unknown/unreleased turns in there somewhere. Please do not read that map as a 'straight flight' from WP to WP; it was not a straight path over the peninsula, in the very least)


Another Map with Sea depth and projected flight path towards the southern corridor. 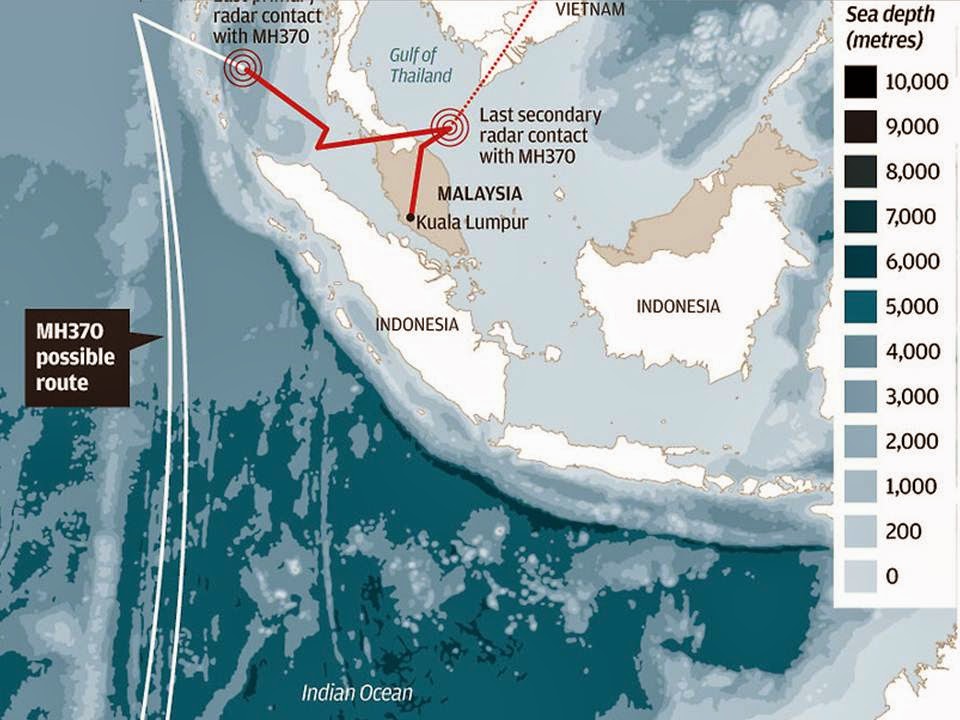 [22 Mar Edit] This map seems to suggest that the plane may have been seeking deep water to conceal a crash and/or prevent recovery... and somehow the pilot was "avoiding " Indonesian airspace. If the hijack/suicide hypothesis is the correct one. Because if the hijacker simply wanted to get to deep water, he could have simply flown south. If it was the SG ATC he was trying to avoid (see FIR map - second one), he could have flown south from the Vampi Waypoint. Is there a reason to avoid Indonesian airspace?

Map with the pings to the satellite by time. Because the debris found in the south is within the high probability area, the "ping" tracks is showing the southern path. Note tho, that the ping tracks are estimates and NOT factual. That is, the "ping" tracks were extrapolated based on the assumption that the hypothesis is correct. In other words, the "facts" are being filled in to support the conclusion. 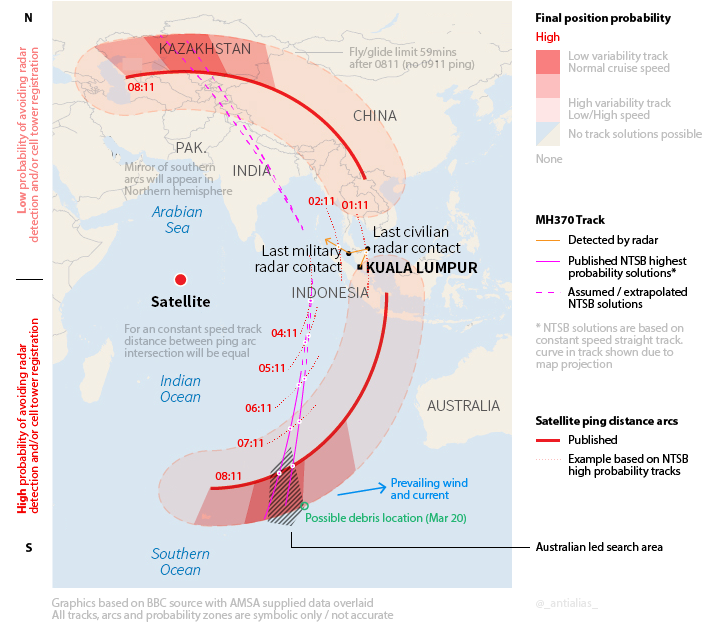 [Update 23 Mar: With all the retraction and corrections, my "belief" or theory is still valid. Contact with the plane was lost at about 1:22 am when the transponder goes off. We do not know if it were switched off deliberately (hijack/terrorism), or as a result of a catastrophic event (explosion, fire, short circuit, etc), or malfunction. The plane subsequently crashes in the the Gulf of Thailand, or disintegrates over it, shortly (say within 30 mins). Likely it crashed more or less intact, and the Immarsat device was still able to transmit. The plane remained afloat or partially afloat until at least 8:11 sending "pings" every hour.]