“WE DO not release statistics on grade-point averages so we can’t speak to the accuracy of the information you have.” That was a flack for Yale, but other Ivy League colleges—with the partial exception of Princeton—were equally reluctant to discuss their grading practices with The Economist.

Are they trying to hide something? Perhaps. Stuart Rojstaczer, a critic of grade inflation, has estimated average grades over time by combining dozens of unofficial and official sources. The results are startling (see chart). In 1950, Mr Rojstaczer estimates, Harvard’s average grade was a C-plus. An article from 2013 in the Harvard Crimson, a student newspaper, revealed that the median grade had soared to A-minus: the most commonly awarded grade is an A. The students may be much cleverer than before: the Ivies are no longer gentlemen’s clubs for rich knuckleheads. But most probably, their marks mean less.

Universities pump up grades because many students like it. Administrators claim that tough grading leads to rivalry and stress for students. But if that is true, why have grades at all? Brilliant students complain that, thanks to grade inflation, little distinguishes them from their so-so classmates. Employers agree. When so many students get As, it is hard to figure out who is clever and who is not. 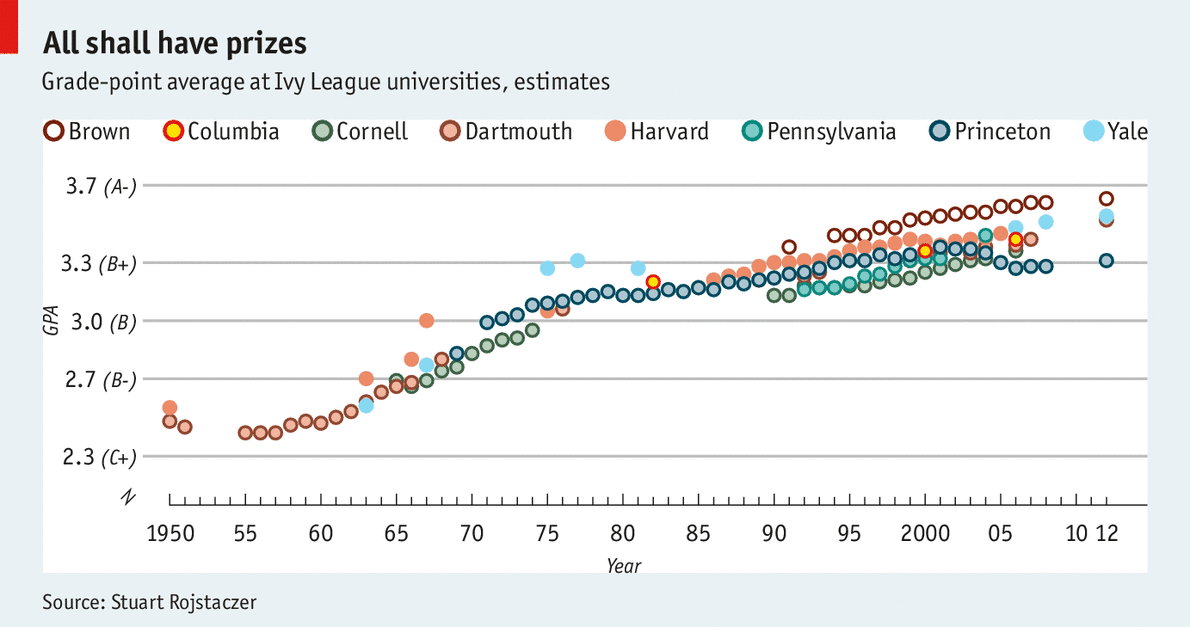