By Jonathan Eyal In London

"If you seek his monument", wrote The Economist news weekly in an obituary entitled "The Wise Man of the East", "look around Singapore: Prosperous, orderly, clean, efficient and honestly governed, it is not the work of Lee Kuan Yew alone".

However, adds the magazine, "the most important reason for Singapore's singular experience is Mr Lee himself".

The Economist repeats some of the criticism it levelled at Singapore over the past few decades. But it concludes that "even his severest critics would agree" that Mr Lee was a "towering figure".

The Economist also published a graph comparing Mr Lee's period in government with the phenomenal rise in Singapore's national wealth on a per capita basis. It is, concluded the news weekly, an "astonishing record". 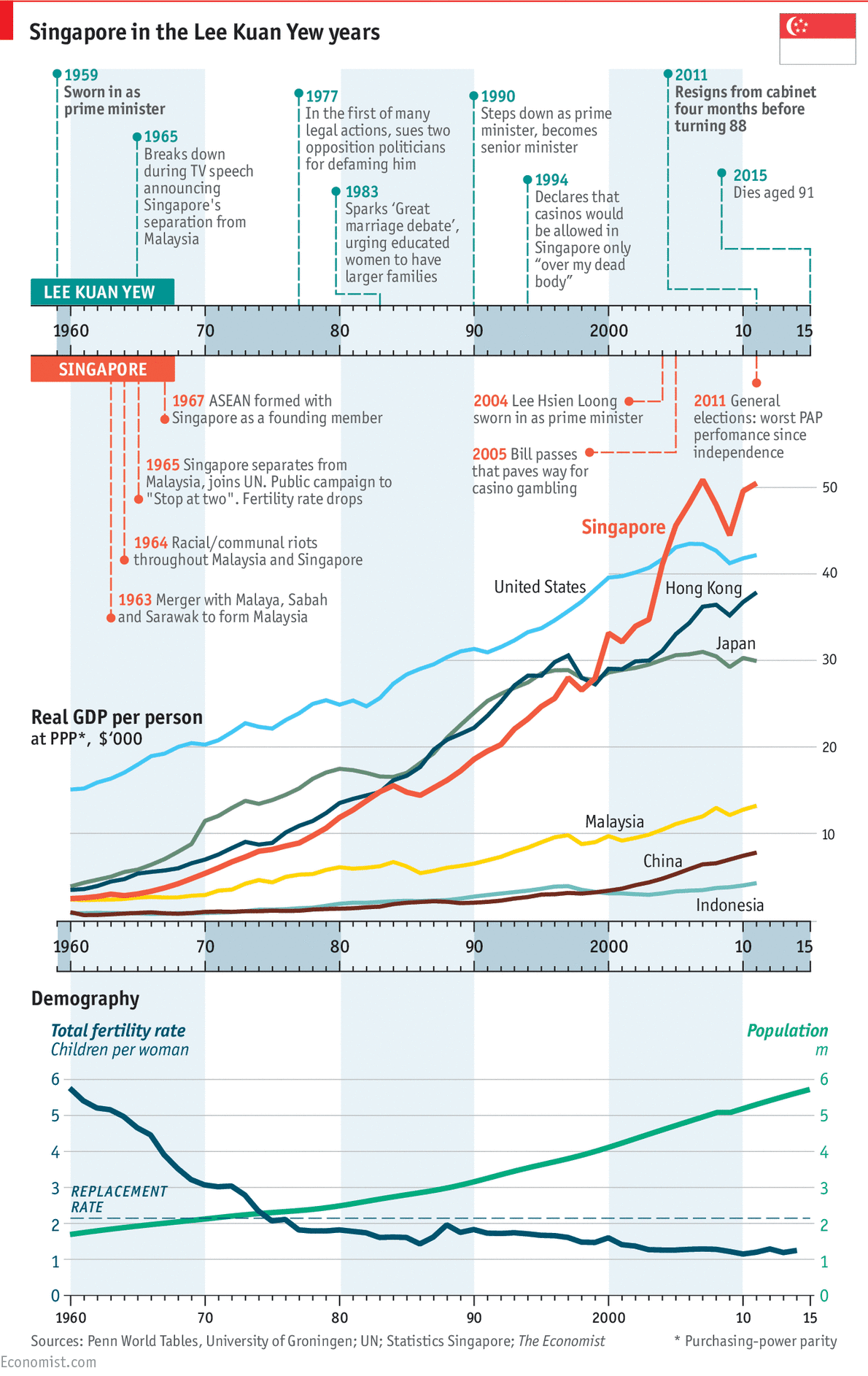 The graph sparked off a debate on Twitter between noted British commentators. Mr Amol Rajan, the editor of The Independent, praised it as "one superb graphic" of "Lee Kuan Yew's reign".

But Mr Charles Crawford, a retired senior British diplomat, argued that an even stronger and "a more helpful comparison" of Mr Lee's achievement would be to look at Cuba, an island-state that was richer in 1960 than Singapore, but has seen its national wealth shrink ever since.

"To many, Lee was the embodiment of a new Asian dynamist: smart, tough and pragmatic, and displaying unshakeable self-confidence", wrote the Financial Times in a lengthy obituary.

The newspaper also added special features reporting on Mr Lee's ability to influence global approaches to China's rise: "perhaps no other world leader could claim a better understanding of China's secretive leaders and its political system over the past few decades than Lee, who always managed to stay onside with both Beijing and Washington", the Financial Times wrote.

The media in France was preoccupied with reporting on crucial local elections.

"Without entertaining the slightest doubts, he concluded that Singapore is condemned to achieve excellence", the paper wrote.

"The Singaporean government, with its high concentration of brain power, pushed forward Asean, but usually from the background, preferring subtle impulses, rather than taking centrestage," Le Monde said.