Commentary: China's economy is faltering. The world just doesn't know it yet

As China's run of constant exponential economic growth hints at coming to an end, Morgan Stanley's Ruchir Sharma explains why its effect on the global economy will be underwhelming. 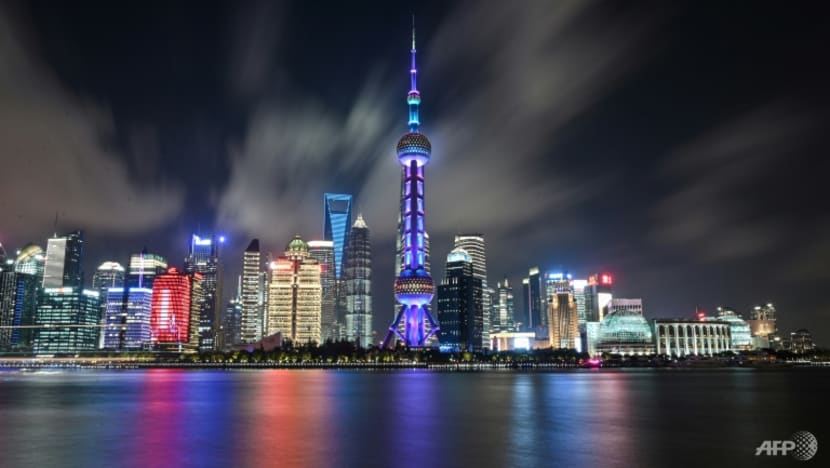 NEW YORK CITY: China’s surprisingly rapid slowdown is eliciting familiar warnings that, as China goes, so goes the global economy. Only China may not matter as much as it once did.
Not so long ago most economies were growing in close step with China. But in recent years those links weakened, then collapsed during the pandemic.
Most dramatically, the correlation between gross domestic product growth in China and other emerging markets fell since 2015 from nearly perfect (over 0.9) to barely visible (under 0.2).

In the second quarter this year, China grew significantly slower than other emerging markets for the first time in three decades, which may be a sign of things to come.

Beijing is locking down to contain the pandemic and cracking down on economically critical sectors and high corporate debt with an aggression unmatched by any other government.

This goes a long way to explain why China is slowing so fast now, when the rest of the world is not. But the link between growth in China and other economies started to loosen about five years ago, so this moment may reflect deeper forces in play.

One is the new commercial cold war. China has been turning inward, replacing a growth model driven by trade to one driven by domestic consumers. Exports have fallen as a share of China’s GDP from above 35 per cent before 2010 to less than 20 per cent today.

In 2015 Beijing launched Made in China 2025, a campaign to become more self-sufficient by buying more supplies and developing more technology at home.

The US responded under Donald Trump by working to “decouple” from China. Since then President Joe Biden and many of Trump’s critics in Europe have taken a similar stand — and ramped up those efforts during the pandemic.

That has meant buying more supplies from China’s commercial rivals such as Mexico, Vietnam and Thailand.

China accounted for about 35 per cent of global GDP growth in the years before the pandemic, but that share plummeted in 2020 and is now about 25 per cent.

Meanwhile other global growth drivers are gaining momentum, each lifting a different set of countries in significant ways.

The digital revolution is raising demand for semiconductors and other high-tech products, boosting exports out of advanced emerging markets such as Taiwan and South Korea. Rising data flows are defying the slowdown in global trade and in China.

Mobile internet technology is transforming the economies of larger, less-advanced markets, including Indonesia and India, where digital revenue has more than tripled as a share of GDP in just the past four years. India is one of the countries where trade with China is falling as a share of the economy.

Much of this boost comes from online services, which grow rapidly and simultaneously in all emerging markets, regardless of what happens in China. Worldwide, mobile technology accounts for about 10 per cent of cumulative income growth and these gains are expanding faster in emerging markets.

Efforts to contain global warming are causing “greenflation” in commodity prices by limiting new supply of raw materials and raising forecasts of demand for “green metals” such as aluminium and copper.

Rising prices are a big boost for exporters of green metals, which come mainly from emerging markets such as Peru and Chile.


THE UNDERWAY GLOBAL DECOUPLING WILL ENDURE

The global decoupling from China may endure. The digital revolution, the fight against climate change and the new cold war are likely to outlast the effects of the pandemic and could herald a new era of growth in the emerging world.

During the last golden age for emerging markets, after the turn of the millennium, many prospered mainly by supplying parts or raw materials to China — then the rising “factory to the world”. Now, they have more options.

To say China matters less is not to say it doesn’t matter. China is still the leading trade partner for more nations than any other and the main global buyer of commodities.

Should, for example, its campaign to reduce massive corporate debts, particularly in the property sector, end in a meltdown, the effects will be global and inescapable. But lesser tremors may no longer be so consequential. It may be that when China stumbles, the world no longer falls with it.